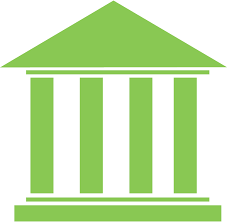 In life, we often seek heroes. They are usually akin to our passions whether it is sports, business, politics, and of course the list goes on. This natural desire is to find a model to measure ourselves and to emulate. My hero and model in life since an early age has been Clinton Wheeler Wisner who served as President (Mayor) of our Village from 1893–1897 and 1899-1904. Wisner passed on August 25, 1904, while still in office. His life story can be found in a most beautifully written obituary found in the 1904 edition of the Warwick Advertiser. His early life seems out of Dickens, “Great Expectations,”and is detailed in this wonderful eulogy.

Clinton Wheeler Wisner was a renaissance man. His obituary reads, “There was no can’t about Mr. Wisner…” Over his lifetime he was involved in many projects that are the foundation of the Warwick we see and love now. He was a businessman who was gifted and creative. He found personal pleasure in painting, drawing, architecture, and community planning. His friendship with architect E.G.W.Dietrich and his travels abroad spurred the creation of numerous beautiful residences, The Anchorage and Dolce Donum on Oakland Avenue, the Devonshire, Warwickshire, Primrose, Pansy, and Avon all on Clinton Avenue aptly named for him. He was also involved with the design of the Raymond Hose Co., the Warwick Reformed Church, and the Red Swan Inn. The Red Swan Inn was a remarkable shingle structure at the edge of the Village, it was truly a vestige of the golden age of Warwick. Wisner was a principle of the holding and development company for the Red Swan. This striking edifice and luxury accommodations made Warwick a destination.

Wisner maintained the flower planting throughout the Village and designed the gates to the Warwick Cemetery. He understood that the Village’s greatest asset was as a residential enclave and the quality of life it offered. Warwick was called at that period, “A Village of homes,” a legacy that lives on. Beyond Architecture and beautification, Wisner was involved in the construction of the road systems in Orange County and was involved with Electric Power Company bringing electric light to Warwick.

Another attribute was that he was a horseman, a gifted driver and with his stepbrother, Horatio,developed a horse–drawn carriage ride from Goshen to the Red Swan Inn. This was a memorable way for guests to arrive to our community.

Clinton Wheeler Wisner was 48 when he passed. His achievements and vision of Warwick remain today, his spirit lives on. He is an extraordinary model of service, community pride, and creativity.

“Tis ever wrong to say a good man dies and of Mr. Clinton W. Wisner it may truly be said he will ever live in Warwick…”

FROM THE MAYOR’S OFFICE: If I Close My Eyes, I See

FROM THE MAYOR’S OFFICE: The Things That are Important

FROM THE MAYOR’S OFFICE: Mask Fatigue

FROM THE MAYOR’S OFFICE: “Words from Warwick”

FROM THE MAYOR’S OFFICE: The Future is Bright

FROM THE MAYOR’S OFFICE: These Days