Home Mayor's Corner From the Mayor’s Office: Veteran’s Day 2022 We Are Connected 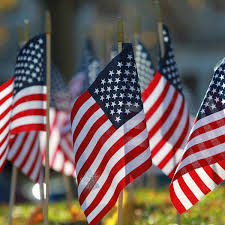 The following speech was read by Mayor Newhard at the November 11, 2022, Veterans Day Ceremony in Veterans Memorial Park –

As a community we are lucky to have two Veterans organizations. The American Legion and the VFW are vital to the connections we have and ensure our Veterans have the backing and help on many levels. Thank you to Commander Jose Morales; Sr. Vice Commander/Adjunct Carmine Garritano and the members of VFW 4662 for organizing today’s event and thank you to the Warwick Fire Department, Warwick Ambulance Corp. and Town of Warwick Police Department for their support.

Veteran’s Day was originally declared Armistice Day in 1918 to honor the soldiers at the end of WW1. It expanded to become Veteran’s Day in 1954 as a day we honor all Veterans who have served our Country from every era, decade and generation.

From the very beginning of our country when small militias spontaneously rose to fight for the dream of independence, to the modern military forces that we know today that uphold democracy and protect the free world – it is the soldier’s legacy of service and protection to us all.

What I enjoy most about this day is the engagement of community. It is the events that we hold such as The Veterans Day Remembrance sponsored by the Historical Society, activities at our schools, breakfasts or barbeques and today’s parade and ceremony. These are all part of a community that recognizes the importance of service to our country and the significance of its meaning. It is through these gatherings that we are able to share experiences and to firsthand thank the men and women who have served.

Over the years, I’ve had the privilege to hear many stories and firsthand experiences, and with each telling, I personally have grown to understand the meaning of patriotic duty, the strength of spirit, allegiance and honor.

I would like to share a short but intimate snapshot of something that has touched me. Recently, at my store we hired a young man who was looking for employment. He definitely fit our needs, smart, strong, responsible. A few weeks ago, he told us that he was planning to enlist and next week he will be headed to Paris Island for Boot Camp to become a United States Marine. He is excited, a little nervous but in this process of decision making he revealed to us that the reason for joining was to find structure, discipline and skills. He further revealed that he was grateful for his job with us because it gave him the ability to sort out his priorities and the stability he needed to make this important decision.

This is a small but meaningful example of how community support translates, and we are proud of this young man and his decision to serve. We are all connected, often in ways we do not even understand.

As a community we are here to recognize the men and women who have served in our military and especially those who gave the supreme sacrifice of their lives. We are here to give our support to the brave men and women who are in service now, at home and throughout the world. It is a lineage of care and protection, time honored and instilled. The measure of your work and service is in the freedom that we have and that we must never take that freedom for granted. Please except our humble thanks and eternal gratitude.

From the Mayor’s Office: Season of Celebration

From the Mayor’s Office: Close to the Bone

From the Mayor’s Office: A Rainy Day